Once upon a time, there was a company of tailors. They were known throughout the land, and many young seamstress would seek apprenticeship at their door. The people loved them and many had their fine items in their humble abodes.

There came a time when the company fell upon hard times. The people bought also from other foreign tailors, new companies of tailors began to form within their own land and while the apprentices continued to arrive, seeking learning, there was less and less money spare in the coffers to pay their megre wages.

The head tailor was at a loss, so she travelled to visit many of the smaller companies near and abroad to learn their secrets. On her travels, she met a great number of folk of many diverse trades and learnt many things. Some made their goods abroad, some paid their employees less and some provided diverse table games and amusements in their workhouses to attract the best apprentices. None of these learnings provided any help to her however, all of these were things her colleagues were already aware of. One thing she did hear which she understood not was the role of the number wizard. This profession was declared by town criers to be the solution to many ills and that many of the biggest and most successful companies employed the help of a number wizard, some even had whole teams of them!

She was resolute. The reason that they had fallen behind was their lack of a number wizard - they had tried everything else - and so she drew up a position for a number wizard and raised much coin for the provision of such a role, as she had heard that these rare folk would need ample persuasion to lend their wisdom.
As luck would have, a travelling number wizard of some renown was passing through the town and heard that this reputable business was looking for help and agreed to spend a day with them.

She was young, had deep brown eyes with an intent gaze and arrived early at the company of tailors and was quickly shown to their library wherein was stored their annals of production and sales. High shelves with many leather bound books were about the walls and on the table placed all the records and reports that the learned elders could assemble. The head tailor, wishing not to waste the wizard's precious time, briefly impressed the gravity of the situation on the wizard, bade her read all their records and then give her guidance on what could be done. She then left the wizard to her work.

Many hours passed before the wizard emerged.

Late that evening the wizard visited the head tailor, looking downcast. She reported that the situation was indeed grave and that using her many skills, she could predict to a 95% degree of certainty that the company of tailors would be no more before the end of the year.

Somewhat taken aback, the chief tailor was angry. She knew this already, she had told the wizard that the situation was grave and did not need reminding. She needed solutions not greater confidence in the problem. Sensing the situation, the wizard explained that much of the financial numbers were locked away out of reach, but that more could be done if she were allowed to see them, perhaps there might be hope yet. The bean counter was called and was furious. Surely a wizard with her skills could achieve great things with the shelves and shelves of record she had been provided, this was an excuse, a ruse, and besides, nobody but the bean counters could read those records. What damage they could cause if misused!
The head tailor sent the wizard on her way, unpaid, and told the beancounter to increase the offer of payment for the next wizard who would apply. She did not sleep well that night.

The next day a more eminent wizard arrived, repleat with velvet robes and a highly embroidered hat. He was eloquent and when shown to the library, said swiftly, "Show me not to your library, but take me to your designer. As you are a company of tailors I must start with that which has been tailored". Dutifully the wizard was shown to the head designer, and they were left alone.

Several hours later the wizard burst from the room, and said swiftly to the head tailor "I'm afraid I cannot help you, perhaps if we could collect more information on what had been sold, when and to who, then more could be done". He then promptly left, without leaving a contact address or collecting payment. Out from the room slowly came the head designer, looking extremely frustrated. "He kept questioning which designs were selling and which not, he also asked who was buying them. When I told him what I knew - he just asked the question again! Asking to see the records! We don't have time to collect that kind of information, and besides, it might prevent customer from buying from us, thinking us nosey. In any case, you'd think I'd know that like the back of my hand by now - I've been in this business for 30 years - before that wizard was even born!".

The head tailor told the bean counter to increase the offer of payment for the next wizard who would apply. She did not sleep well that night.

On the third day, attracted by the renown of the tailors and the now very generous sums offered, there arrived a number wizard who had previously been in the employ of a foreign company of tailors. Knowing that much of the successes she had achieved before came in the production of good, she went straight to the workhouse. She immediately asked for a few apprentices and set them to work. One was tasked in measuring how long each garment took to make and how that varied by tailor, the other two were set to work making garments, one in the standard way and one in a foreign way.

Several hours later, furious, the workhouse manager stormed up to the head tailor. "They are a fraud! This number wizard has done nothing with numbers and keeps changing how we make clothes. Today we have been far under quota, and she's confusing our apprentices by making them change our standard processes. They've been in place for 20 year, and they're the best. We know that because they've worked for 20 years. I've already sent her on her way and I've had enough of this number wizard idea of yours!". The workhouse manager stormed out and left the head tailor on her own in a quiet office.

Desperate, the head tailor told the bean counter to increase the offer of payment again, and this time a great deal, for the next wizard who would apply. She did not sleep well that night.

Now for many months, numerous wizards passed through the town, and saw the large offer of coin for a number wizard at the company of tailors, but did not knock on the door. The head tailor heard that they were in town but that all avoided the company of tailors. Some had heard of the previous efforts and the rest left town as soon as they heard the huge reward (hearing among their kind this was some kind of bad omen) - neither was something she understood.

And so it was as came the month that the company of tailors closed its doors for the last time. Dispirited, each of the elders parted ways. And as the years passed, each fell on hard times.

With no company to fall back on, the head tailor sought employment at a new small and very successful company as an apprentice. She was nearly old enough to be the grandmother of her fellow apprentices, but she was old, needed the money and had lost the fire to argue with those younger then her. The work gave her purpose and she remembered the joy of working with her hands that she had lost being a head tailor all those years ago.

One afternoon she was given a tour of the new premises.

She saw their library, which was without tall shelves filled with large leather volumes gathering dust - instead it was small, neat and contained what looked like very well thumbed notebooks. No books were locked away. At the table was a young apprentice, not a learned number wizard, who had open a record of sales, and record or coin and a record of production - all together and flicking between them with purpose.

She heard laughter from their head designer who was jovially thanking a petite woman in a cloak for showing how they had totally misunderstood their new market of tailoring to the military (a very profitable market), and how their new understanding of these different customers how help a great deal. Excited the old tailor asked her guide about that number wizard, but she was surprised to hear that no wizards were employed, that was simply one of their apprentices helping the head designer understand what was changing among their buyers.

She walked through the workhouse, where tables were being rearranged to try a new layout for a few days and many colourful charts were on the walls, surrounded by a small team of apprentices conversing on the effectiveness of different approaches.

She experienced all these things, which felt familiar and all the same so different. This tailor company had achieved so very much, they really were at the top of their game.

Leaving at the end of the day she was deep in thought and walked straight into a woman with deep brown eyes and an intent gaze. Recognising her immediately as the first number wizard from many years ago she asked, "do you work here?". The wizard replied "not yet, but I am so very excited to - having met everyone there is so much that can be done here". And with that the number wizard hurried off leaving the old tailor along at the door.

That night she understood, and slept very well. 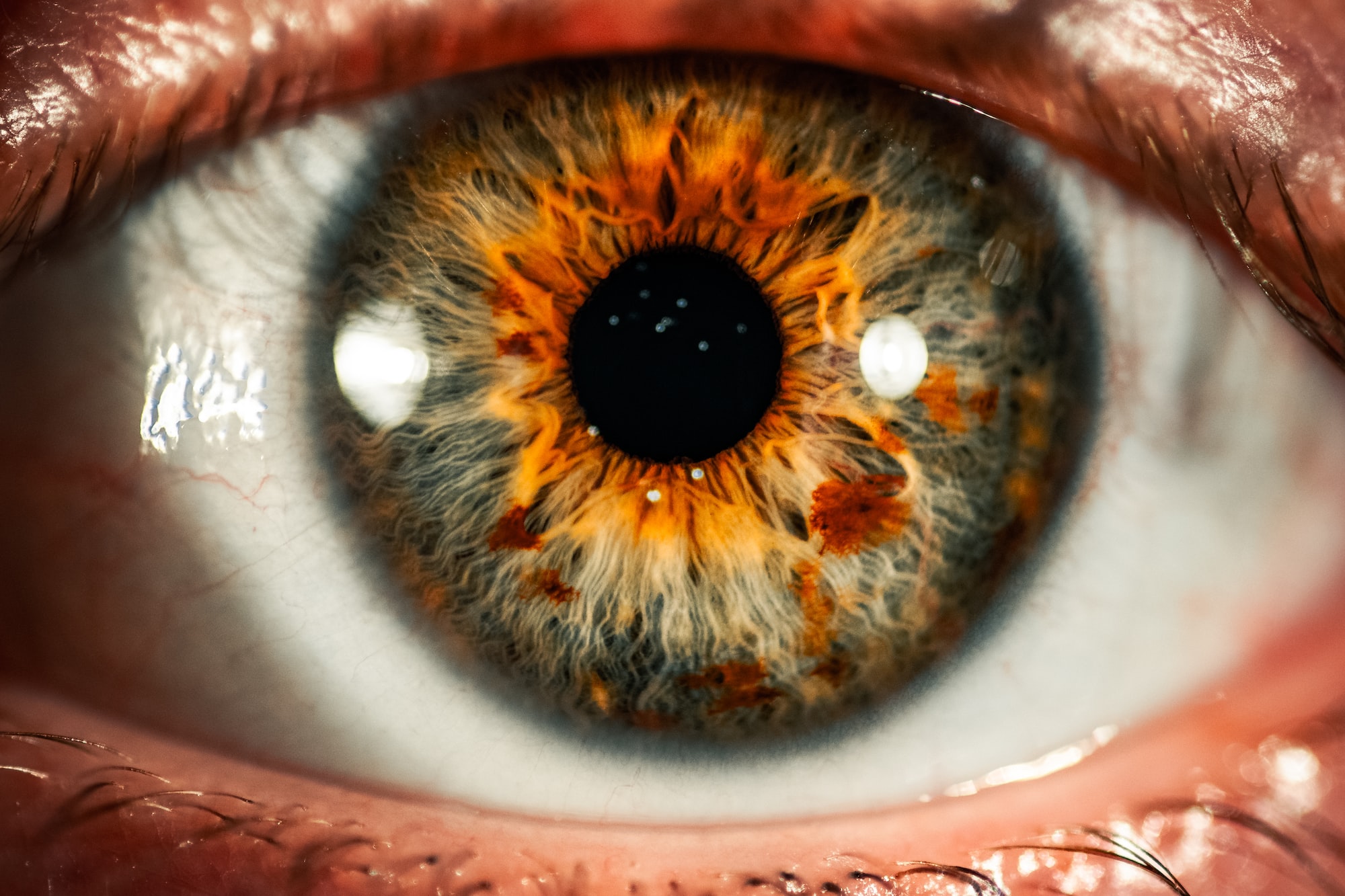 There is a balance to be played in the role of any person who is responsible for metrics and measurement. How to approach the perennial question: "can you make me a dashboard/report so I can see X". 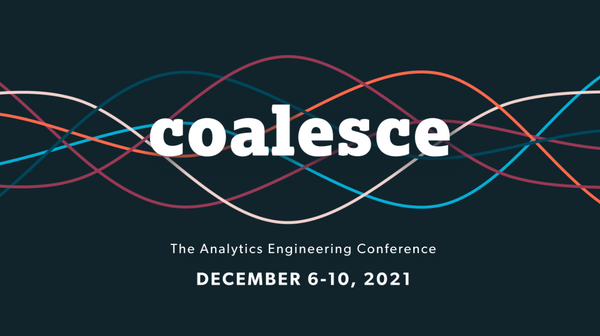 This year I spoke at the Coalesce 2021 conference about a topic a bit broader than just SQL linting or data in small businesses. I'll likely expand a little on